Audiobooks
Something in the Air 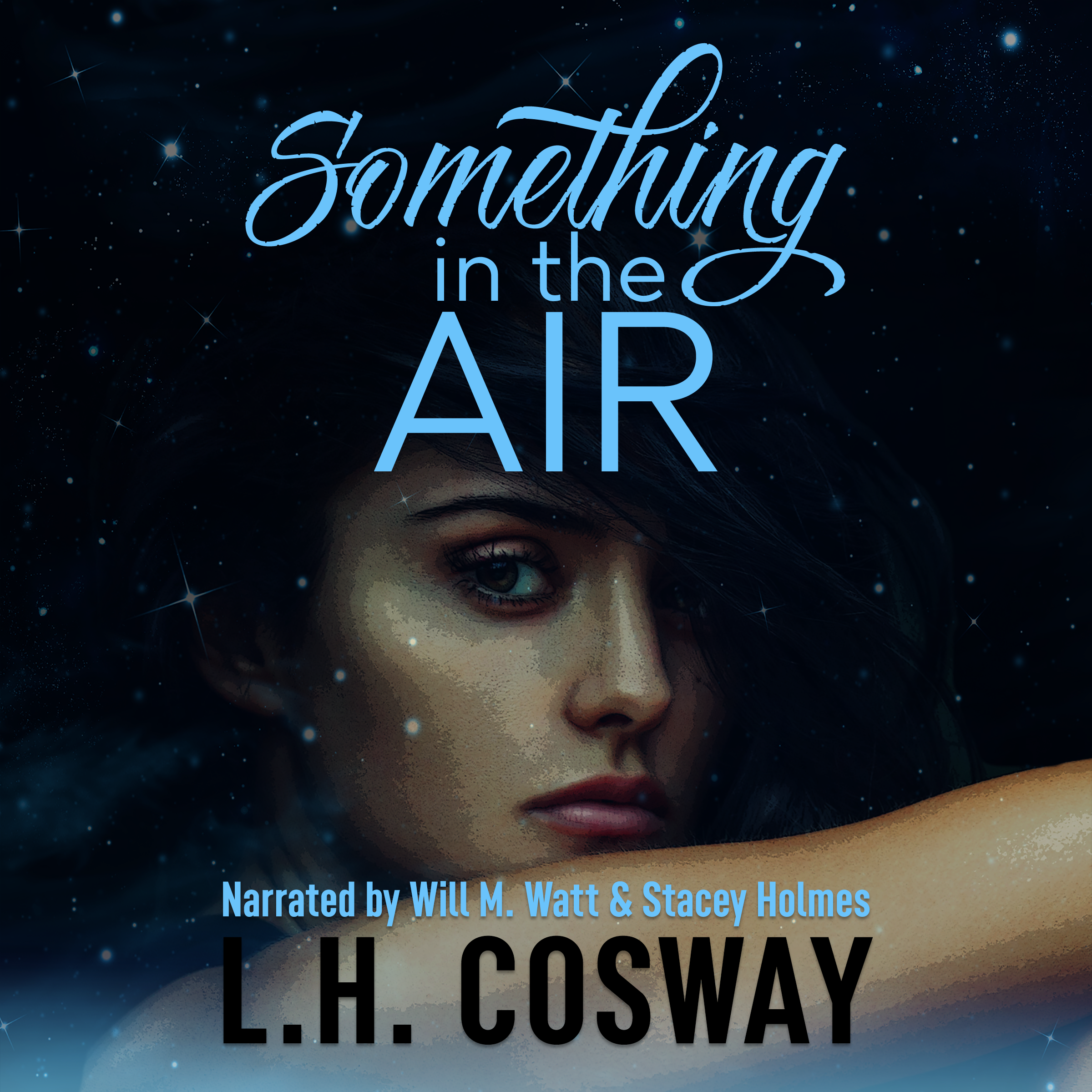 Michaela Olsson has found her soulmate in James Khan. There are just a few teeny, tiny problems....

One, he’s her boss, two, he’s too old for her, and three, well, he happens to be engaged to somebody else.

She’ll take this crush and bury it deep. She’ll take it to her grave. James already belongs to another, so she’ll lock her secret up so tight it’ll be deprived of oxygen, suffocate and die.

Matters are only made worse when James asks her to move into his newly purchased house to supervise the renovations. Working together every day is bad enough, but living in a house he owns is far more intimate than she expected. Then, when James decides to call off his wedding without any explanation whatsoever, Michaela wonders if perhaps her feelings for him aren’t as one-sided as she thought.

While he was engaged James shared a flat with his fiancée, but now he’s moving into the house that Michaela has been living in by herself. She hadn’t intended for it to happen, but the place has started to feel like home, and with the object of her affections suddenly sharing her living space, things become infinitely more complicated. And heated.

Soon Michaela learns she might’ve had more to do with James calling off his engagement than she could’ve possibly imagined. 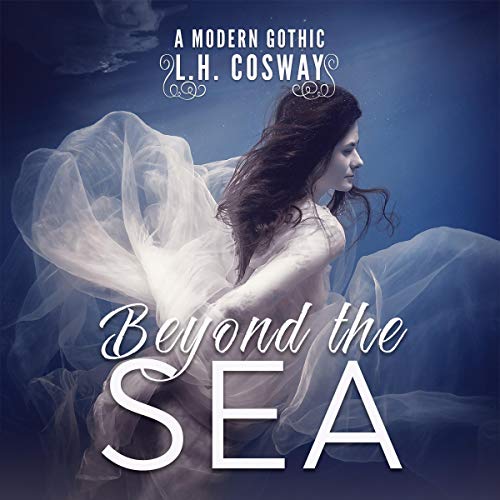 On a lonely cliff beside the vast blue sea there is a house.

Soon she'll be as free as the fishes that swim beneath the water. But until then she bides her time and lives quietly, her every move ruled over by an uncaring, heartless stepmother.

The hope for freedom is all she has to hold onto. So close she can almost taste it. But when her stepmother’s estranged younger brother comes to stay, he presents a mystery that lures her in.

The girl doesn’t understand that beneath the allure of the unknown sometimes all we find are horrors. And in searching for the truth, her heart is in danger of falling like a rock to the bottom of the deep dark sea.

Beyond the Sea is a stand-alone gothic romance set in modern times. 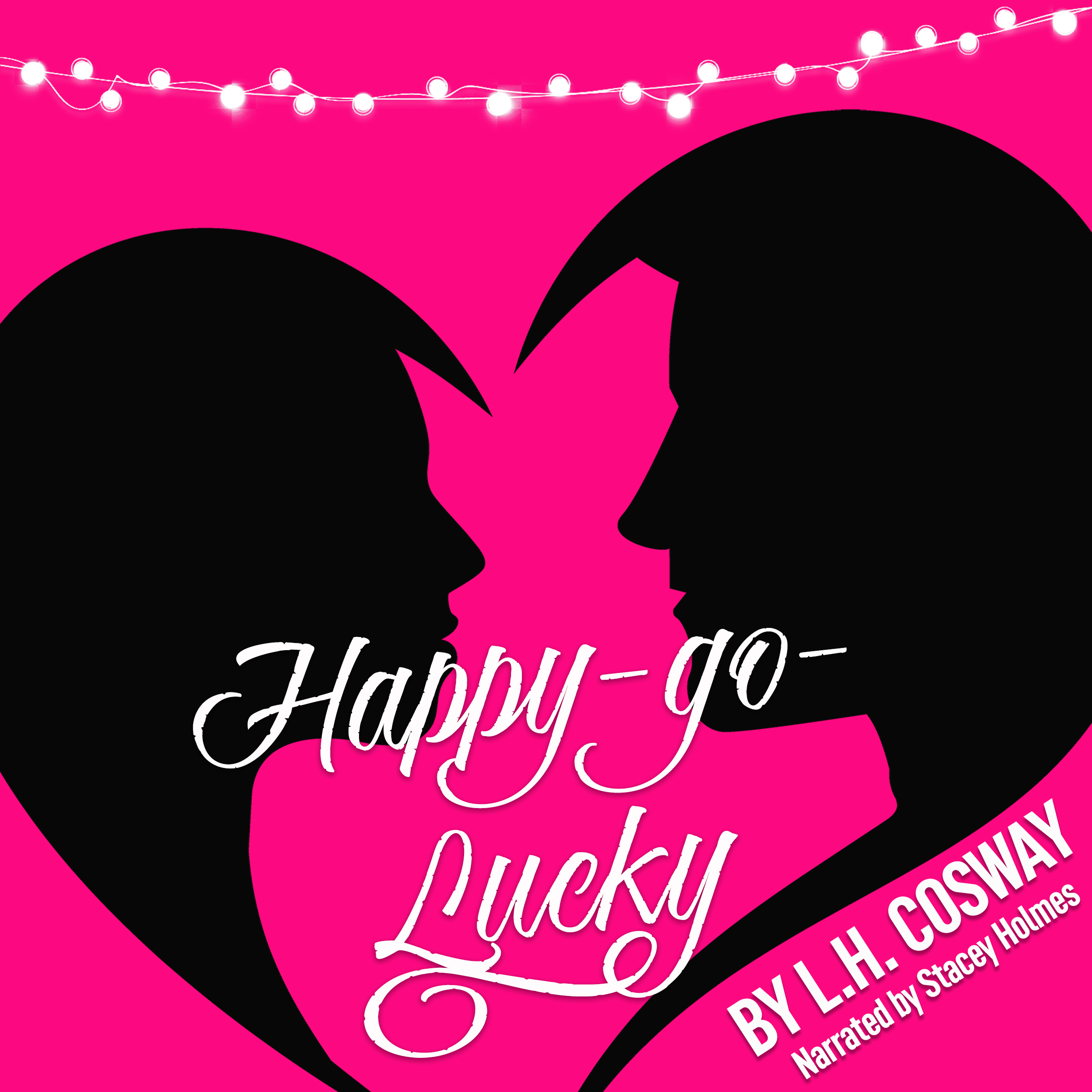 Every workplace has that one person you don’t want to mess with.

At James & Peterson Investigations, that would be Cameron Grant: sullen, grouchy, intimidating, oh yeah, and sexy as hell. He can make your soul wither with a single disapproving glare. And he never, ever socializes with his co-workers.

This is why Maisie Wilkins, happy-go-lucky ray of sunshine, can’t fathom why Cameron finally decided to show up at their annual office Christmas party. Every year he received an invite, and every year he failed to attend. But not this year.

Curious as to why he’s there, Maisie can’t resist sitting next to Cameron. Before she knows it, she’s had one too many drinks and is drunkenly hailing a cab back to his place. Office party flings are not something she normally does, but despite his intimidating character, Cameron has a charm she can’t resist. Or maybe it was just those five gin and tonics blurring her judgement.

Whatever the reason, Maisie now has to navigate the awkward, tension filled waters of sharing an office with someone she’s slept with. 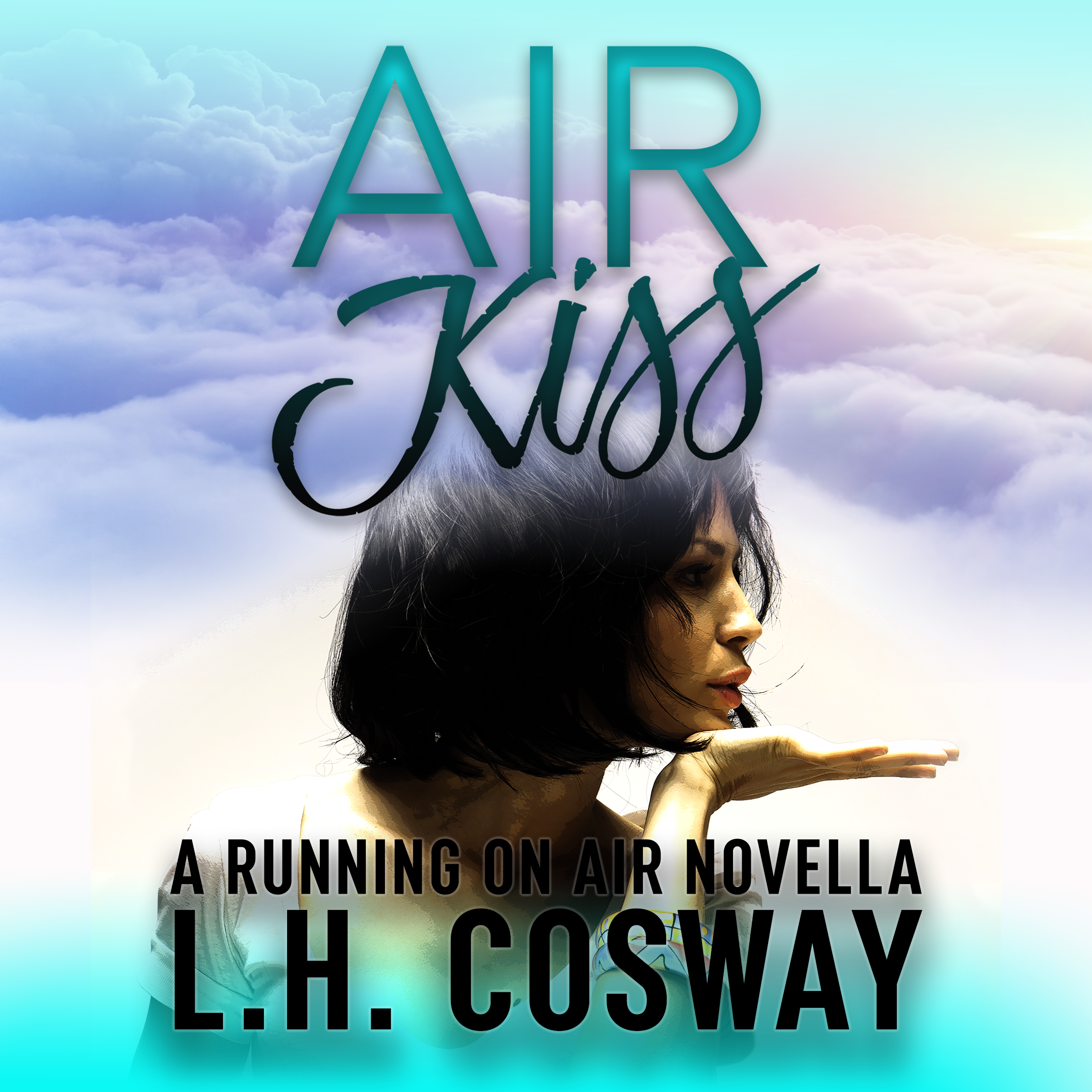 Leanne Simmons and Callum Davidson are complete opposites. As soon as they meet, they know they won’t get along. However, for the sake of their TV show, they agree to put their differences aside. But it’s not as easy as they think.

For one, there’s the unexplainable physical attraction they can’t seem to shake. And for two, everything out of their mouths seems to rub the other the wrong way.

Leanne wonders how she can be attracted to such a careless, narcissistic playboy.

Callum wonders why he can’t get a girl who dresses like a boy out of his head.

Before long, their attraction becomes a temptation neither one of them can resist.
Narrated by: Stacey Holmes, Will M. Watt
Length: 1 hr and 25 mins 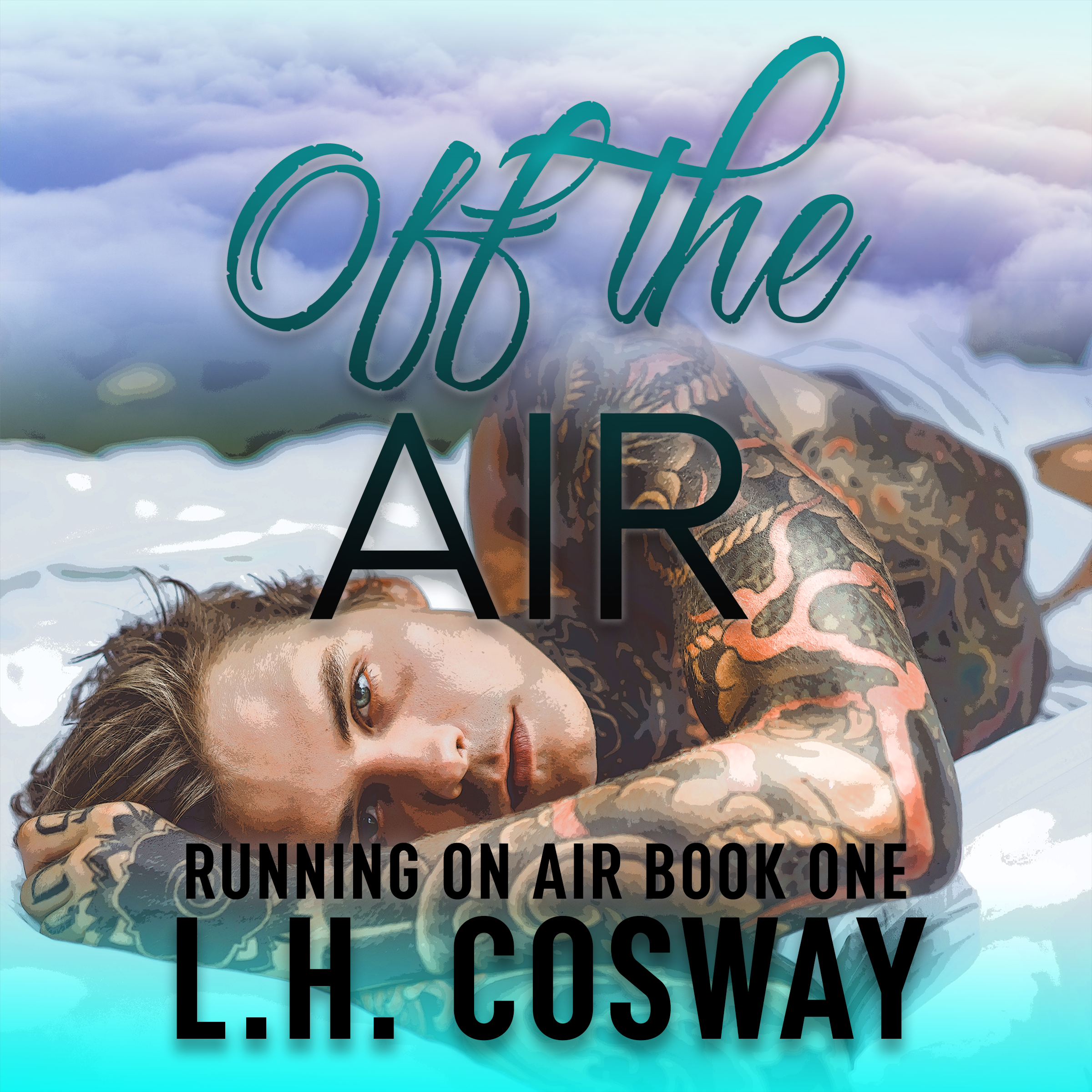 Spending a month filming a reality TV show with your ex is no picnic.

Especially when you’ve signed a contract stating that the two of you will not, under any circumstances, have romantic relations while filming.

Leanne Simmons and Callum Davidson never had an easy relationship. From enemies to lovers and back to enemies, they’ve been on again/off again for years. Things come to a head when Callum gets into an altercation with a rival for Leanne’s affections. Their management decide enough is enough and give them both an ultimatum: sign the contract or leave the show.

The Hooker and the Hermit 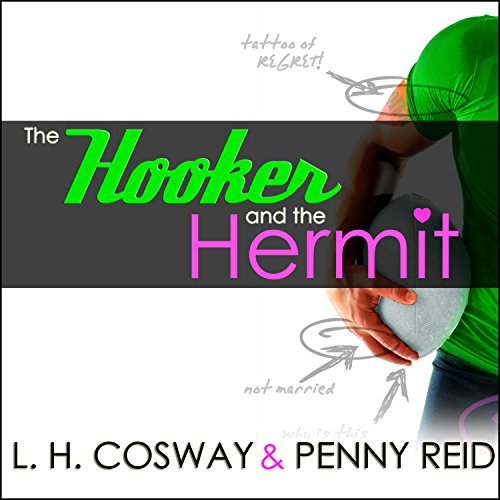 Annie Catrel, social media expert extraordinaire at Davidson & Croft Media and clandestine celebrity blogger, can make anyone shine in the court of public opinion. She is the Socialmedialite, anonymous creator of New York's Finest and the Internet's darling. Virtual reality is Annie's forte, but actual reality? Not so much.
Ronan Fitzpatrick, aka the best hooker the world of rugby has seen in decades, despises the media - social or otherwise. The press has spun a web of lies depicting him as rugby's wild and reckless bad boy. Suspended from his team, Ronan has come to Manhattan to escape the drama.
Narrated by: George Allen, Lucy Rivers
Length: 12 hrs and 23 mins

The Player and the Pixie 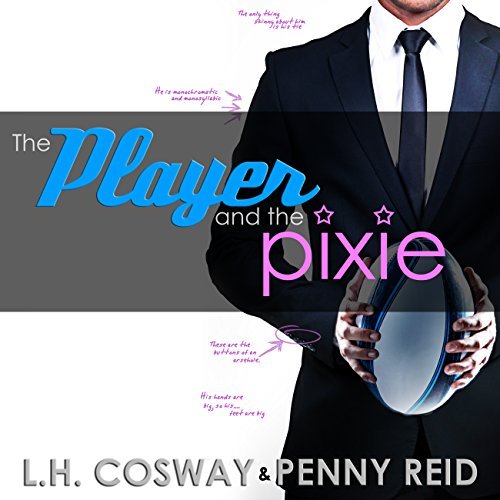 How can someone so smokin' hot be so bad in bed? I mean, Sean Cassidy is absolute rubbish. Rubbish. He is the epitome of walking, talking false advertising and I want a refund! Plus he's an arsehole. So...what is wrong with me that I can't stop thinking about him?
Sean has a problem only Lucy can solve. Lucy has a problem only Sean can fix. The solution seems obvious: you scratch my back, and I'll bail you out of jail. But when their business arrangement unexpectedly leaves Sean scorching hot and Lucy on the precipice of inner peace, can they convince the world - and Lucy's big brother in particular - that this is the real deal?
Narrated by: George Allen, K.C. Sheridan
Length: 10 hrs and 20 mins

The Cad and the Co-ed 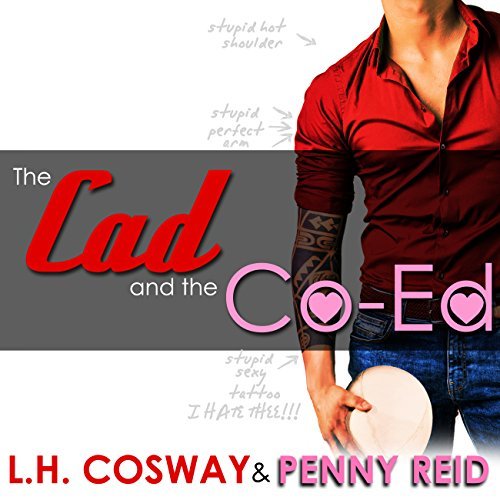 Keeping a secret this big is going to take lots of balls. Specifically, rugby balls.

Bryan is determined to prove he's changed. Eager to settle down with the right woman, he's got his sights set on the gorgeous redhead who seems terribly familiar.

Eilish is determined to hide her secret. She'll do anything to keep her child safe, even if that means ignoring her own wishes and desires.

But what happens when Bryan starts to remember? And what will it take for Bryan to convince the girl he forgot that she's unforgettable?
Narrated by: George Allen, K.C. Sheridan
Length: 10 hrs and 58 mins

The Varlet and the Voyeur 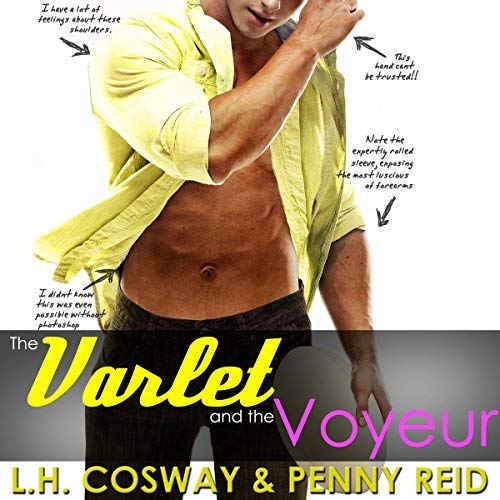 He kept his salacious secret for years. But soon, everyone is going to be reading about it in their morning paper....

What he needs is a companion to keep him on the right path. What she needs is an apartment with free rent. Will is convinced Josey will make the perfect companion, since she's brutally honest and basically "just one of the guys". Josey is convinced she can ensure Will doesn't succumb to his voyeuristic proclivities by keeping a scrupulous eye on him.

Except, what happens when the varlet is tempted by the voyeur, and vice versa?! Perchance something very, very volatile. And vexing.

A Crack in Everything 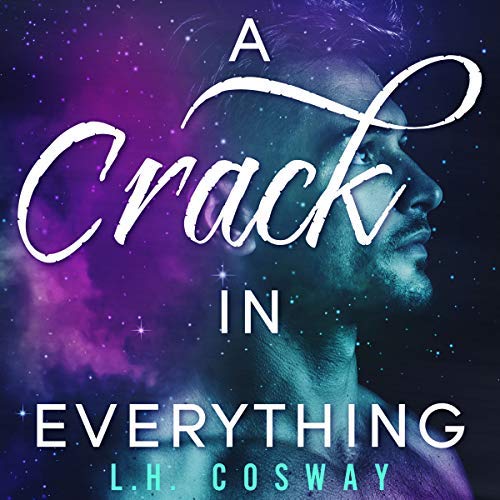 Life used to be simple.

I was a city girl with humble dreams. Then Dylan O’Dea broke into my flat, held me against the wall and told me to stay quiet.

It was like in the movies, where the universe zeros in on a single scene. I looked into his eyes and knew he was going to change me.

I had no idea that one day he’d build an empire from what we started together. But before that, there was love and happiness, tragedy and epic heartbreak…

My name is Evelyn Flynn and I’m going to tell you about the crack in everything.

How the Light Gets In 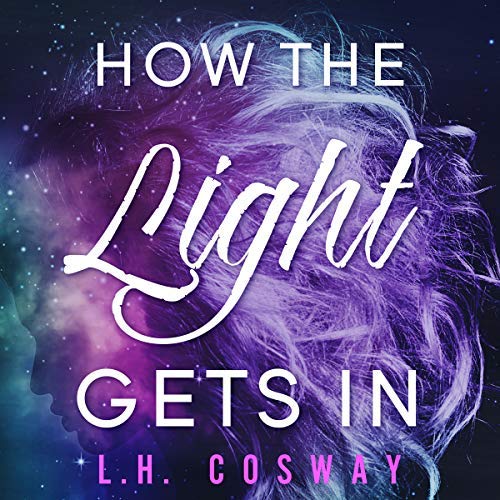 He came back to me 16 minutes and 59 seconds into Beethoven's Symphony no. 7.

We parted amid tragedy, so it seemed poetic. Dylan O'Dea, my childhood sweetheart, had once meant everything to me. Now we were strangers, and honestly, after 11 years I never thought I'd see him again.

And me, well, I'd been in a dark place for a while. Slowly but surely, I was letting the light back in, but there was something missing. And maybe, if I was brave enough to take the chance, Dylan could be my happy ending. 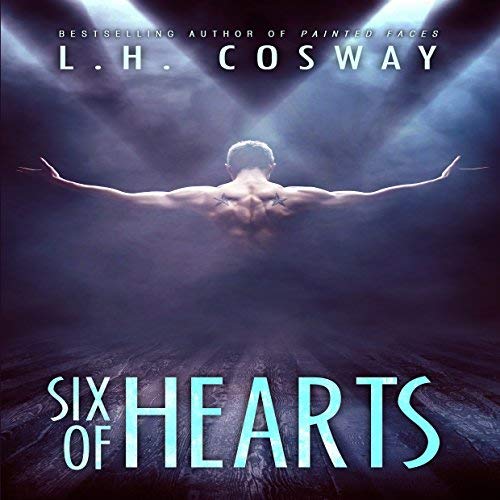 I think in triangles. You think in straight lines. I show you a table and make you believe it's a chair. Smoke and mirrors, sleight of hand, misdirection. I trick and deceive. But most of all, I put on a good show.

I've only got one heart, and after I've pulled off my grand deception, I'll hand it right to her. So, sit back, relax, and let my girl tell you our story. You're in for one hell of a ride. 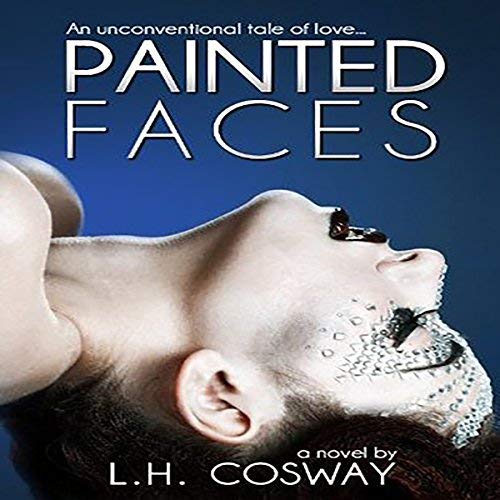 Come forth with an open mind, for an unconventional tale of love....

Dublin native Freda Wilson considers herself to be an acquired taste. She has a habit of making offensive jokes and speaking her mind too often. She doesn't have the best track record with first impressions, which is why she gets a surprise when her new neighbor, Nicholas, takes a shine to her. Nicholas is darkly handsome, funny, and magnetic, and Freda feels like her black and white existence is plunged into a rainbow of color when she's around him. When he walks into a room he lights it up, with his quick wit and charisma. He is a travelling cabaret performer, but Freda doesn't know exactly what that entails until the curtains pull back on his opening night. She is gob-smacked and entirely intrigued to see him take to the stage in drag. Later on, Nicholas asks her if she would like to become his show assistant. Excited by the idea, she jumps at the chance. Soon she finds herself immersed in a world of wigs, make up, and high heels, surrounded by pretty men and the temptation of falling for her incredibly beautiful employer. In this story of passion and sexual discovery, Nicholas and Freda will contend with jealousy, emotional highs and lows, and the kind of love that only comes around once in a lifetime.